The Beatles Reference in Vampire: The Masquerade - Bloodlines

I’ve been in love with VtM: Bloodlines ever since I’ve first played it back in new year’s eve, 2008, and the attention I could pay the details in the game could only increase gradually over time. This time, after I’ve had a 1-year-long Beatle-mania, I’ve realized that the game contained a reference to The Beatles, particularly the song of theirs called Doctor Robert.

Has never lost a patient. No one can succeed like Dr. Roberts. 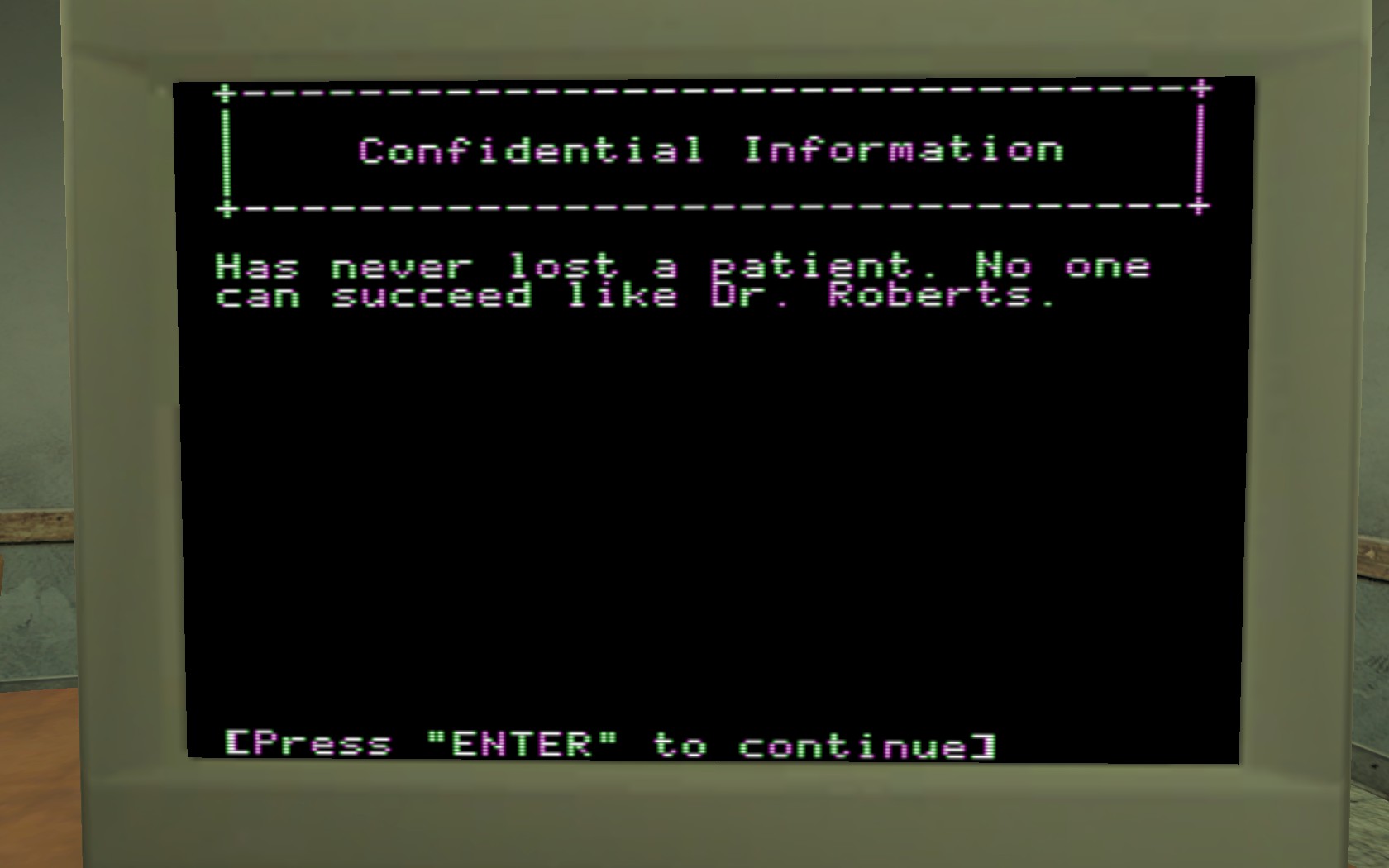 This references The Beatles song Doctor Robert, which has following lines:

The Doctor Robert in The Beatles’ song is supposedly Dr. Robert Freymann, a well-known physician frequented by many artists. He was also known as Dr. Feelgood because he used to “provided” his patients with B-12 vitamin injections which contained small doses of amphetamine, which, in the end, helped the patients “get through the night”.

The game probably contains many more references that I’ve missed, but I’ll try to post the most interesting ones that I can find during my current playthrough.

Game, Vampire The Masquerade Bloodlines
How to Shuffle Elements in jQuery or Plain Javascript →← Pure CSS Triangles: How Do They Work?